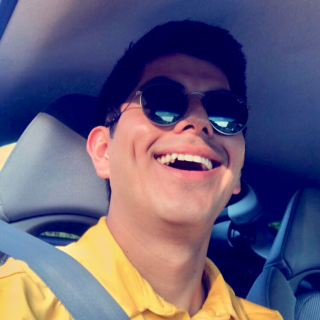 ITS TIME TO GET OVER IT

I’m sitting here in a Starbucks writing this blog post to you as beside me is a young Asian man that I have been helping him get off his feet. I came across this man yesterday on my way out of the library asking for a ride. I gave him a ride and learned his story and how he has been struggling lately ever since he has come to the U.S. I was skeptical at first but I saw no harm in his eyes.

He shared how he has little resources and how he feels like an outsider in this country. This made me think…

I was once in his shoes, how can I help him?

I offered him my time along with personal rides whenever I was in the area when he needed one, money for food for the week, and shared my personal experiences and how he can apply these to his life. Right now he is reading over articles on “How to master interviews” so he can get a job and start somewhere. Will keep updated on his journey as to how he will progress.

HOW WE DOING TODAY? I HOPE AMAZING! 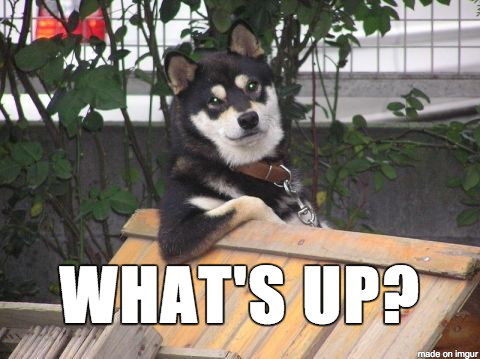 Life is good right now. I grabbed my first paycheck from my internship yesterday and man does it feel good once that paycheck direct deposits into your account. It’s like a revitalizing feeling and makes you ready to take on the weekend.

This post I will talk about many obstacles that many people have and obstacles and fears I have for myself. It’s kind of weird because I don’t like to talk about these kinds of things with other people and I’d imagine many of you don’t either. There is a social stigma nowadays that people don’t like sharing their problems because of what other people will think of those problems. I myself strongly believe that and supports why I don’t like sharing these things. Of course, people will share minor problems that happen to them just like any ordinary person. For example, I’ve gotten four speeding tickets since my parents took me to get my license. Pedro, four? Yes, four. Trust me, it sucks paying those court costs and lawyers fees to only get it reduced to proper equipment. These are problems that aren’t as daunting other than you paying fees to cover it but it doesn’t amount to anything more than that but these are problems people feel comfortable sharing.

There are problems people don’t want to share such as family issues, financials, personal mishaps, and lack of confidence.

DON’T LET THESE PROBLEMS GET TO YOU

Honestly, I have fallen victim to issues and I’m making a pledge to not let these problems get in the way of overcoming adversity and gaining personal happiness. Whatever problems you may have, it’s time to put them aside. I want you to think right now and say

What problems are stopping me ?

Now go back and think of ways that you can put those problems aside or rise on top of them. Make no excuses. Whatever problem you have, I guarantee you someone has already conquered that same issue.

Not enough money? Find other ways to make money

Don’t have the self-confidence to talk to new people? Break out of your shell and force yourself to talk to people

Not getting good enough grades? Buckle down and hit those books

Point is, there are solutions to everything.

USE ME AS AN EXAMPLE

Growing up, I didn’t have that much of a privileged upbringing as some of my peers. It wasn’t as easy to get the things that I wanted due to the fact that money was always tight when I was young. I had to work extremely hard to get these things that I wanted at an early age. Middle school was the age that everything clicked and I told myself that I would not be an average Hispanic male with no education, no success, and no motive to move forward. This was a popular mindset growing up. Coming from a Mexican-Native family, I got to experience and be around of lots of people that would peak in high school and that would be it in their life. I vividly remember 6th grade. 6th grade was awful as I was bullied and picked on SO much. People would laugh at my ridiculous hair, they would laugh at my name, they would laugh about what I wore and literally everything they could say they would make fun of it. This put me in such a depressing state at the time. I would go to school, feel like absolute shit from it and come home and talk to my parents about how much school had sucked that day. Bullying is a real thing. Like it really does affect your mindset and I was victim to it. I endured that torture all year and I made a decision that next year I would come back a whole different person. This was also the time that I told myself that I would commit to soccer and play at the next level.

COMING BACK AT YOU BOY

7th grade came around. I had completely re-amp myself. I changed my hairstyle, style of clothes, personality, and most importantly, my self-confidence. Every opportunity I got to meet a new person, join a new group, talk to a new girl I thought was cute literally anything to change. That year I joined the middle school soccer team, band, chess club, and SGA. Also that year I got my first “official” girlfriend that didn’t last for a week. You know those typical middle relationships. That year I forced myself to change and change did happen. Now, I would come home to tell my parents how awesome school was and the things that I learned. It was a whole different feeling and I was loving it. Life has much more purpose when every day is a good day and you see positive change happen.

My parents were more than happy to invest time and money into things like this because they say the inner gratification it caused me. I couldn’t thank them enough for that.

Needless to say, life was great. Don’t get me wrong. There were a lot of obstacles in order to get that change I deeply needed. People would mock new things I did, Hispanic friends of mine would make fun because I was doing “white people” things. Girls would make fun of how awkward I was at the beginning. Loads of criticism happened but I made it work and told myself to not let those people bring me down.

8th grade was the year that everything began to roll. I was making lots of friends, a lot more people develop a more overall liking to me, I made serious progress in soccer, I was making money playing music. Like everything was starting to glow in life.

People weren’t making fun of me because they were seeing progress and how quickly I became to overcome those negative minded people that all they do is criticise other people. Thinking with a negative mind will get you nowhere in life.

MY QUESTION TO YOU

Whatever problems you have, I promise you that it is not the end of the world. Push yourself to limits you didn’t even know you had. Make every day a mission to improve as a person and most importantly, live your life to the absolute fullest. There are few chances for you to do whatever your heart desires.

I want you to think of a mini bucket list of 5 things you want to do within the next five years. I’m going to share mine.

These are goals and ambitious goals that I hope to achieve but with the right mindset, knowledge, and ambition ANYTHING IS POSSIBLE!!!!!!

Now put aside all your problems and START TODAY!